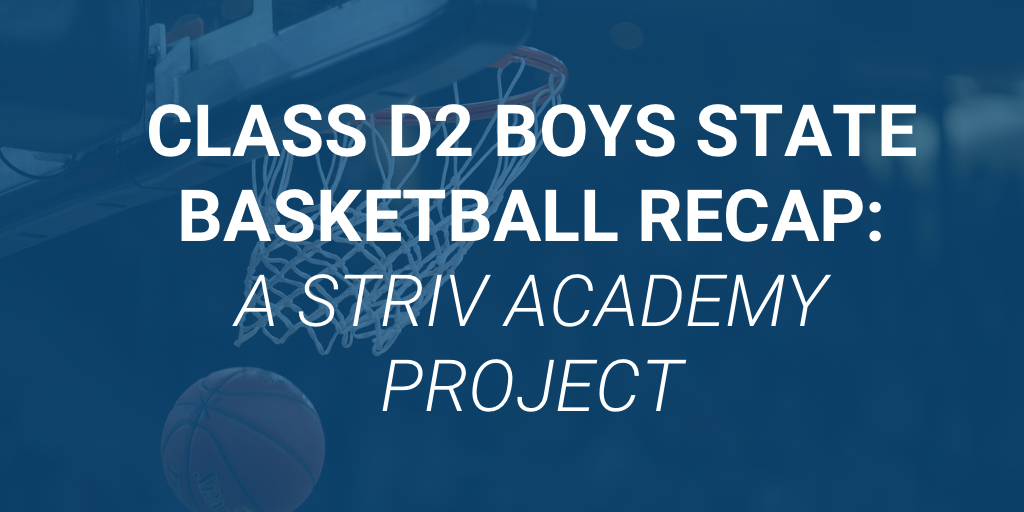 In the third game from Bob Devaney Sports Center, the 25-0 Humphrey St. Francis Flyers took on the 21-5 Mullen Broncos. Both teams have been efficient on both offense and defense this year, so that made for a great matchup today. This was the first game in the second session, with the D2 semi finals first game. Both teams have been known to spread the ball around as well, with multiple players averaging over 10 points.

St. Francis pressured right from the get go. Mullen looked lost, turned the ball over, and seemed to be nervous for this big game. The Flyers were applying so much pressure on the Broncos, and they just didn’t seem to know how to handle it. They brought the full court press, which really threw them off. St. Francis had 6 players score points in the first quarter, really showing their ability to spread the ball around. Freshman Clayton Moore scored 4 out of the 6 points for Mullen in the quarter. St. Francis led 17-6 after the first quarter.

“We try and play about 9 guys each night,” head coach Eric Kessler said. “We’re very fortunate to have so many guys that can contribute to the team.”

Throughout the first half, Mullen was just throwing the ball around, and not taking good shots. That’s a big reason why St. Francis continued to control early in the second quarter. Mullen also struggled greatly from the free throw line in the first half, which hurt them when they were trying to already crawl back in it. St. Francis dominated on the glass here, out rebounding Mullen by a large margin in the period. The Flyers ended up having 10 players who scored points, proving how good they are at spreading the ball around. The leading scorer for St. Francis was junior Justin Leifeld with 6 points, and for Mullen, Moore led with 4 points. St. Francis led 33-15 at the break.

“We were up by about twenty at the half,” senior Trevor Pfeifer said. “When we went in the locker room, coach said we needed to rebound, and get good shots under the rim.”

St. Francis continued to dominate in the fourth quarter. They moved the ball around extremely well to help them get high percentage shots. They dominated on both sides of the ball today, and will be a tough out in the championship game. There were a lot of assists by the Flyers, which is why they were able to score so easily. St. Francis ended up winning 74-35. The Pfeifer brothers combined for 29 points, and the Flyers had 12 players that got in the scoring column. Junior Brendon Walker was the leading scorer for Mullen with 11 points.

“It’s exciting, but we kind of take it one day at a time so I haven’t really thought about it yet,” Kessler said. “We knew how good Mullen was, and so it’s amazing to be here and this stage.”

St. Francis will move on to play either Falls City or Parkview in the championship game.