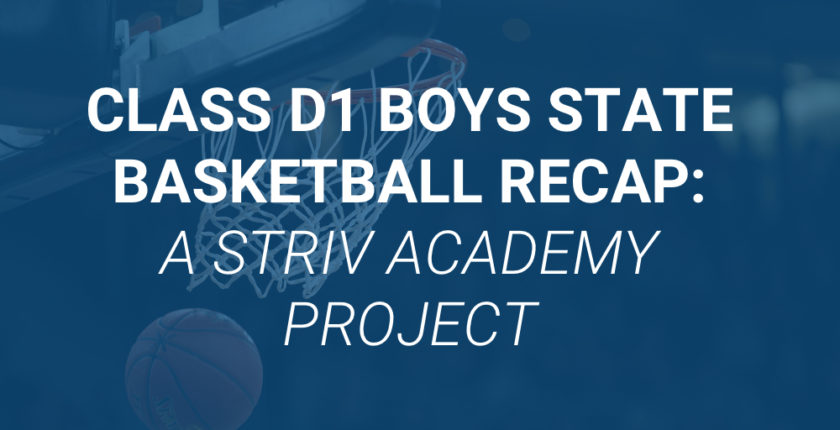 In the first game from Bob Devaney Sports Center in the semi final round, we had the 22-2 North Platte St. Patricks Irish take on the 23-5 Laurel-Concord-Coleridge Bears. The game was very physical, both teams commiting a lot of fouls, resulting in a lot of trips to the line. The stands were fairly empty, with only immediate family being allowed, but the people that were there showed up. Both cheering sections were very loud, and gave the players a bolt of energy to play with.

In the first quarter, the game started out a little ugly with 6 total team fouls in less than two minutes. The bears got in the bonus with 4 and a half minutes left to go in just this quarter. Senior Noah Schutte got going early scoring 8 points, and senior Ty Erwin added another 5 points for the Bears. Laurel-Concord was in the double bonus with over 3 minutes left, which made it hard for North Platte to play how they played defense. Both teams use the full court press, and it resulted in some turnovers, but mostly a lot of fouls being called.Junior Joseph Heirigs and sophomore Logan OMalley knocked down a three to keep North Platte in the game. Laurel-Concord led North Platte 20-12 after the first quarter.

In the second quarter, it seemed that whenever North Platte made a good shot, the Bears would have an answer with a big shot of their own. The fouls slowed down from the insanity there was in the first quarter, but still continued. Both teams were in the double bonus for a majority of this period. Schutte continued playing well, scoring another 9 in the quarter, finishing the first half with 17 points. For the Irish, they had four players with over 5 points, but no more scoring than that. Sophomore Caleb Munson led the Irish scoring 9 in the half for North Platte, getting good rebounds, and scoring in the paint. Senior Ty Erwin would add 10 points for the Bears, including a buzzer beater jumper going into halftime, putting them up 38-29 at the break.

The third quarter started much better for North Platte. Sophomore Jack Heiss knocked down two straight threes to get the Irish back into the game, and cut the lead to five. The fouls weren’t as bad as they were in the first half, so we know there was definitely something said at halftime. The Irish could not get over that hump though, because they still could not find an answer for Schutte. The Bears would keep a decent lead going into the fourth quarter, up 51-44. Junior Corby Condon for North Platte hit a three as time expired in the third quarter, keeping it a single digit score game going into the fourth.

“We want it in Ty or Noah’s hands in those big moments,” Erwin said. “They were good looks and they needed to be taken when North Platte made that run.”

The Bears started to pull away to double digits again to start the period, but the Irish kept fighting. There were a lot of fouls again, both teams being in the bonus a majority of the quarter. Most points were scored at the line for both teams. Laurel-Concord played at a much slower pace in this quarter, trying to not give North Platte a lot of opportunities to score. The Bears would pull away at the end and won 65-49. Schutte finished with 28, and Heiss finished with 15.

“It’s an amazing feeling, none of us can believe it,” Schutte said. “It’s now starting to feel like a state environment.”

The Laurel-Concord-Coleridge Bears will now move on to the state championship to face whoever wins between Humphrey and Southern Valley.

In the second game from Bob Devaney Sports Center, the 24-3 Humphrey/Lindsay Holy Family Bulldogs took on the 19-5 Southern Valley Eagles. Both these teams have been known for their defense, and that definitely showed today with a fairly low scoring game.

In the first quarter, there was not a lot of scoring early on. Some mistakes were made like turnovers and silly fouls probably because of the nerves playing at this level. The first quarter didn’t have a lot of action, junior Clayton Berry from Southern Valley and senior Bret Hanis both had 5 points, but Southern Valley controlled, up 12-5.

“Well Jaden Quinn knocking down two threes was huge for us,” head coach Tylor Fincher said. “When he gets the confidence to shoot, he doesn’t miss and it really helped get us going.”

Senior Jaden Quinn really started to feel it in the second quarter, knocking down some threes, to start to pull away from Humphrey. He had 11 points after the first half. Both teams used the full court press a lot in the first half, and it caused a lot of turnovers. Both teams were in the double bonus in the second quarter. Hanis was the leading scorer for Humphrey, scoring 10 out of the 15 points they scored in the first half. Senior Aidan Weidner put the ball in with no time left in the half for the Bulldogs, keeping the score at 23-15 at the break.

“The last couple of games when we’ve had the lead, we’ve made some costly turnovers,” Fincher said. “I was proud of our boys for cleaning that up here today.”

Humphrey came out of the break firing. Sophomore Jason Sjuts knocked down two threes right at the beginning of the period to get the game within one possession. Southern Valley would start to pull away after they got it close with big shots from Quinn and Berry. The Bulldogs would still keep it at a single digit lead, but could never get that close. The Eagles seemed to always have a response. They went into the fourth quarter up 32-23.

The fourth quarter began with some ugly playing. A lot of turnovers, and poor shot selections led to not a lot of scoring early on. The Bulldogs especially did a great job pressing, not letting the Eagles score that much. There was a much better effort defensively from Humphrey in the fourth. Sjuts really struggled at the free throw line, hurting chances for his team to get back in the game. Humphrey fouled a lot, and Berry as well as Quinn helped the Eagles start to pull away. Southern Valley ended up winning 47-39. Quinn had 17 and Berry had 16 for the Eagles, while Hanis had 16 for the Bulldogs.

“I’m just proud to be here, this has been amazing,” Fincher said. “These boys deserve it, and they’ve worked really hard to get here.”

Southern Valley will move on to play Laurel-Concord in the state championship. The Bears have extremely sharp shooters, so it will be a great matchup between the defense of Southern Valley and the shooters of Laurel.